Poffertjes; Dutch Mini Pancakes are also known as Baby Pancake, Tiny Pancakes and Puffers, are one of the most important delicacies of Holland.
In the 19th century, they had other names like “Bollabouche (belly puffs) and Broedertjes” (little brothers). They look like pancakes, baked on big square brass plates with little holes, greased with oil and served with butter and sugar.

Pancakes, one of the earliest forms of bread made with wheat flour, find their origin in French monasteries where they are baked around 1795 by monks and served as holy bread.
The pancakes became harder to make because 99% of the wheat flour was taken by the French Army during the Napoleonic wars (the French Revolution 1789 – 1804) there was a shortage in wheat flour and an abundance of buckwheat flour so they started experimenting with the pancake recipe by substituting ingredients to compensate for the lack of wheat flour. The monks started to use buckwheat which was available more liberally and mixed this with other wheat and also introduced yeast. This experimenting with the original pancake recipe is what led to the first Poffertjes recipe.

The monks traded their products with Dutch traders who bought products from the monastery.
The product was further developed in Holland over the years. Around 1815 the Dutch term “Poffertjes” was created (because they puff up while baking) the poffertjes where sold at year markets and fancy fairs.

Although the basis of the mini pancake comes from France, is now totally unknown in France.
The Dutch Mini Pancakes has become a real specialty in Holland that only a small group of professionals traditionally prepared.

Our Dutch Mini Pancakes are a delicacy with a touch of nostalgia! 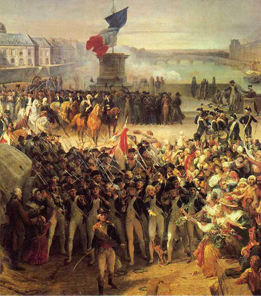